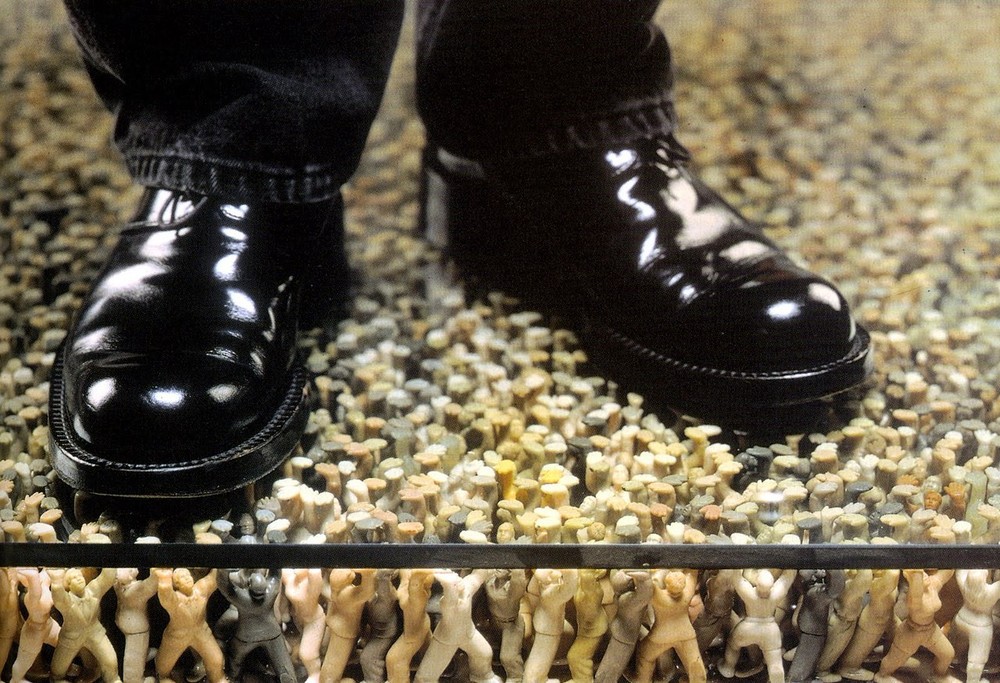 Over the last few years, an increasing number of technology companies and agencies have adopted a flat hierarchical structure. This organizational system promises to improve the efficiency of organizations by removing management structures, leaving as few management layers as possible. I believe that it is also almost entirely imaginary.

Since the popular game company Valve published its employee handbook online in 2012, companies have looked to the text for ways to improve their own processes. Growing companies stopped hiring middle level managers, project managers, and other critical roles in favor of letting engineers manage themselves. This was a very attractive move for smaller organizations, since it reduced the number of positions they needed to hire for, reducing their operating costs dramatically. For engineers it can be initially compelling to be able to set their own priorities amongst themselves — and potentially get an inflated title such as “Lead” or “VP” (but often with no additional compensation).

Management is best done by managers

However, in practice, it’s rarely so simple. By serving dual roles on a team, performance often suffers as staff try to context shift. Good engineers do not automatically make good managers — working with computers and working with people require very different skillsets. A company wouldn’t expect a business manager to write code, so why should the reverse be encouraged?

In a flat organization, it is no one’s dedicated job to handle many of the complex human interactions that a business must handle. At one organization, I found myself staying up late nights, writing human resource policies, vacation plans, and codes of conduct. From project management to conflict resolution, functions that are filled by dedicated staff in other businesses frequently become after-hours extra labor by engineering staff. So-called soft skills and human-oriented problems are treated as secondary to achieving product goals.

It may be necessary for staff to serve multiple roles initially for very small organizations to be able to function, but beyond the first dozen staff this is not a practical or ethical way to accomplish tasks. If you’re large enough to be thinking about insurance plans and snack delivery, you’re large enough to hire management. A good project manager or human resources officer is a much better investment than that a lavish office space will be.

Even in large companies, it’s very common for women to be expected to perform administrative duties outside of their roles, such as taking notes or scheduling meetings. In flat organizations, it’s very common for many of the “extra” tasks to be assigned to women and minorities first. The inherent cultural biases in technology only increases the odds that these groups will be expected to do more than their share. It’s also common for more junior staff to be assigned the less exciting work, for instance being assigned to fix bugs instead of writing new code.

“A flat org just replaces vertical hierarchy with concentric levels of inner circleness… If you remove formality you can avoid accountability and responsibility with policy of openness that is a convention of silence in practice.”

In many organizations that aim to be flat, a hierarchy emerges based on social cliques and personal relationships, instead of an officially established order. The ideas of staff who spend time socially with owners and executives tend to be adopted more readily. In many organizations I’ve worked for, I’ve frequently seen talented staff passed over for promotion in favor of friends of company owners and managers.

People, by nature, surround themselves with like-minded — and like-cultured — individuals, creating echo chambers and consolidating power in in-groups. This almost always puts women and minorities at a disadvantage. In a structured organization formal policies on hiring and process can help to prevent the biases and inequalities that come from such in-groups, but a flat organization has no such defense from becoming a good ol’ boys club.

It has been reported that this was the situation at Valve as well. Since there is no official hierarchy, there is often no way to call out the favoritism that comes with these factions, and rarely any formal process for resolution. Even when group-based decision making is a part of the process, individuals outside of the power centers tend to speak up less, adding to the asymmetry.

Although I was initially very excited about the prospect of flat organizations, I have yet to work in one that was effective. Modern business practices and the laws that govern them have mostly evolved to help create a more level playing field for employees. Although tech culture fetishizes rule breaking, disdain for authority, and meritocracy, these only contribute to the very toxic culture that has evolved. For the good of our industry, we could all do with a few more rules — and a few more managers.