If you’d like to show everyone that you also want to Move Carefully and Fix Things, I’d like to send you a sticker for free! Here’s how to get yours!

Just a reminder that this is my personal account and these are my personal thoughts that I’m posting on my personal time. I do not speak for my current or previous government agencies here.

After six months of delay, Congress just passed the annual federal appropriations bill for Fiscal Year 2022 (which we are halfway through currently). I just saw Jason Miller’s article for Federal News Network pointing out that the Technology Modernization Fund (TMF) had it’s budget completely cut this year.

The TMF is a much-needed band-aid on top of a massive problem, providing a source of multi-year funds for agencies that want to improve legacy systems but don’t have the money in their budget. However, alone it won’t be able to stop the bleeding - here’s why.

One of the main reasons government IT is bad is that it’s chronically underfunded and also not funded in the right way.

Generally money is only appropriated for an agency to use withing a single year. They have to spend it in that time or it goes back to Treasury. This is why agencies buy printers, hardward, etc. at the end of the year, to show they used it all. Obviously, most IT projects can’t be completed in a single year. This means that there is a significant risk to starting a major IT improvement or system overhaul if the money might evaporate next year. (Or if Congress decides to delay on passing the appropriations bill for six months, preventing any additional money from being spent!)

In addition to the TMF, the MGT Act created IT Working Capital Funds for the 24 CFO Act agencies (if they didn’t have one), which cost savings from IT projects can be funneled into, giving them a 3-year window to use saved money. This is capped at only a couple million dollars for each agency, usually about 3% of total salaries and expenses.

(If I recall correctly, only the Department of Labor can sweep unused funding at the end of the year into their IT Working Capital Fund though. Also, of course, non-CFO Act agencies - all of the “smalls” - don’t usually have an IT WCF at all!)

Needless to say, this makes major improvements almost impossible. GAO has a series of reports on the needed improvements - but it barely scratches the surface of the problem, highlighting only 10 systems out of THOUSANDS. And it doesn’t even cover the most important ones!

The three big categories of spending in a government agency typically are: A. Rent; B. Salaries; C. Technology. After the first two get paid, IT finally gets a cut at what’s left. Note that the current “return to work” is a push to fill empty offices to justify constantly-increasing Rent. Salaries haven’t kept up with inflation, but still aren’t going down. That leaves only IT to keep taking a cut because some people want full offices to justify renting the space, instead of downsizing and maximizing remote/telework. (VA & GSA are big exceptions, which have embraced remote and closed offices!)

To be fair, there have been some efforts to get IT higher up the priority list for agencies, notably FITARA. However, FITARA doesn’t force agencies to actually modernize, and moreover FITARA only applies to the CFO Act agencies (notice a pattern yet?).

The Budget side of The Office of Management and Budget (OMB) is somewhat isolated from the Management side (& IT policy), so priorities don’t always translate. E.g., the main methodology for tracking IT spending & investment is the IT Capital Planning and Investment Control (CPIC) process, which is mostly not connected to the Federal Budget process.

Of course, priorities even within the Management side aren’t necessarily coordinated. Although CPIC has risk and performance management elements, it mostly isn’t attached to any of the other ongoing priorities; just look at the latest Executive Orders on Cybersecurity or Customer Experience - no mention of CPIC, and little-to-no funding for these mandates. Even though it seems obvious that work to improve security or satisfaction with services should be tied to funding measures, there are instead lots of silos and political territories sliced up.

The budget process itself is a weird game of chicken between various elected, political, and career officials. CIOs & CFOs know the tech debt gap, Department Secretaries/Administrators know the costs, but may not feel comfortable putting forth an accurate budget request. And when an Administration decides it wants to make reductions for, say, political reasons, IT generally is the first place to get cut.

Then of course, Congress passes whatever budget it wants, ignoring what the President asks for. (Here’s a non-IT example that’s incredibly frustrating.) There are some really solid members that know their stuff, but most of them are clueless on tech. So when it comes to appropriations, it’s a bit like asking your grandma for that hot new Nintendo game and she buys you this: 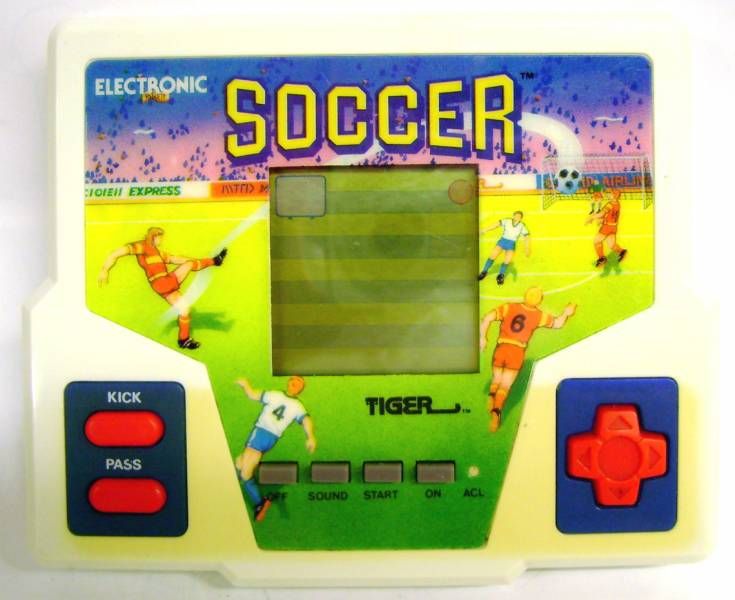 (And I’m not going to get into the toxic “outsource everything tech” lobotomization of government staff issue in this rant. That’s for another day.)

This is all to say that it’s a big house of cards built on a series of broken processes. Although IT spending has increased steadily year after year, it’s still not enough to keep up with even basic upkeep of key systems. I expect we’ll see more and more high-profile failures and exploits in the near future as a result of these gaps.

I do want to say that there are lots of good folks working to make incremental progress, but we won’t see any major revolutions in how services are provided by the government until Congress & the President agree to truly stop the bleeding.